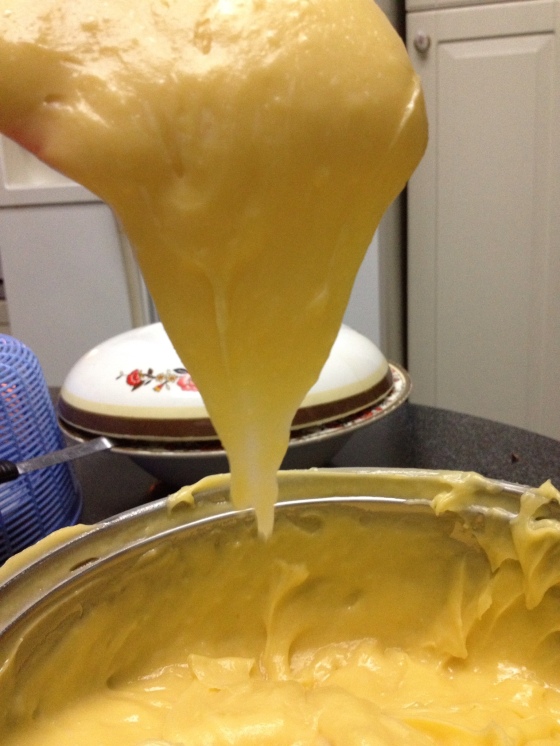 Heated water, butter, sugar salt and milk powder, stirred in the flour, and realised I had put in half the required amount of flour. Added flour to top up, then cooked for a couple minutes. Mixture came into a ball and pulled away from sides, no crust but I removed from heat. Let cool until warm to touch, then added eggs. After cooling a bit they were piped, misted with oil and baked for 33 mins at 160C. Oven was switched off and eclairs left to sit for 20 mins to dry them out further. As seen in image eclair was hollow but still rather wet inside. The shell is soft and markedly salty. First image was after 15 mins of drying. You can see the difference in hollowness for 15 minutes and 20 minutes.

Baking on thick aluminum tray took 45 mins for maillard, sides still pale though bottoms and tops were browned at 45 mins. Vented with switched off oven for 20 mins, bottoms shrunk inwards when time was up. 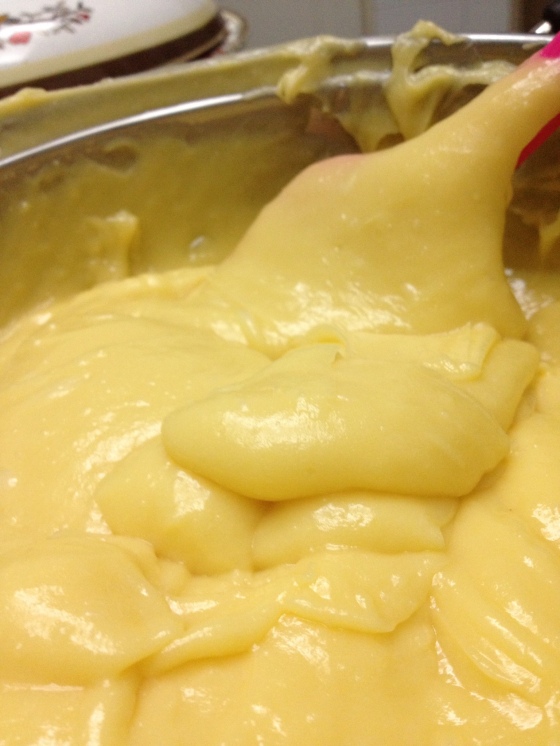 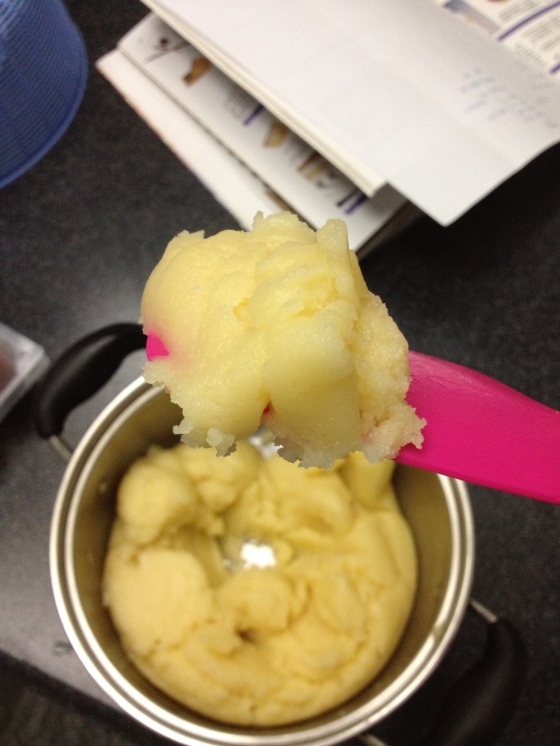 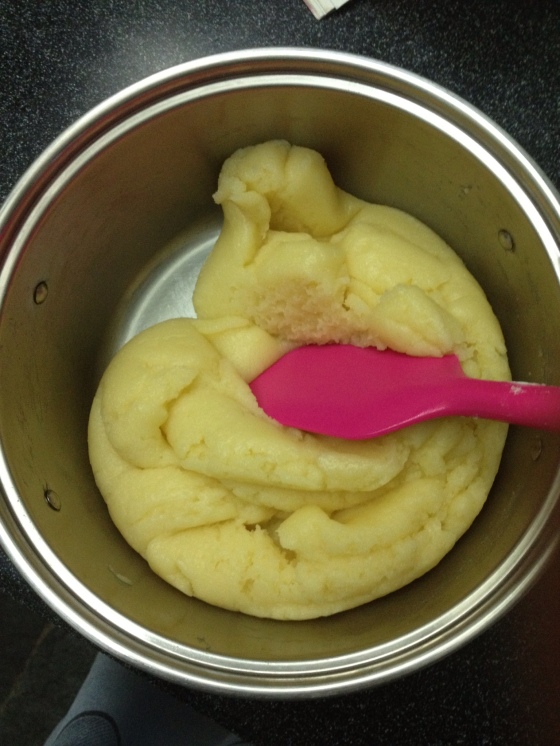 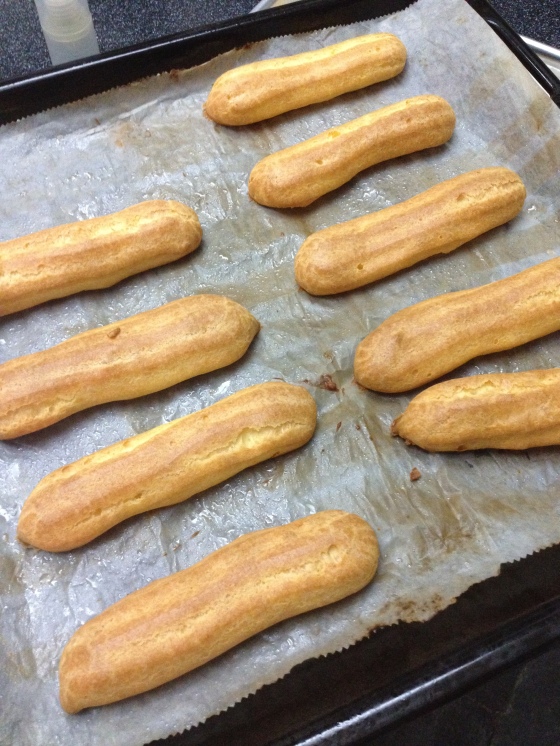